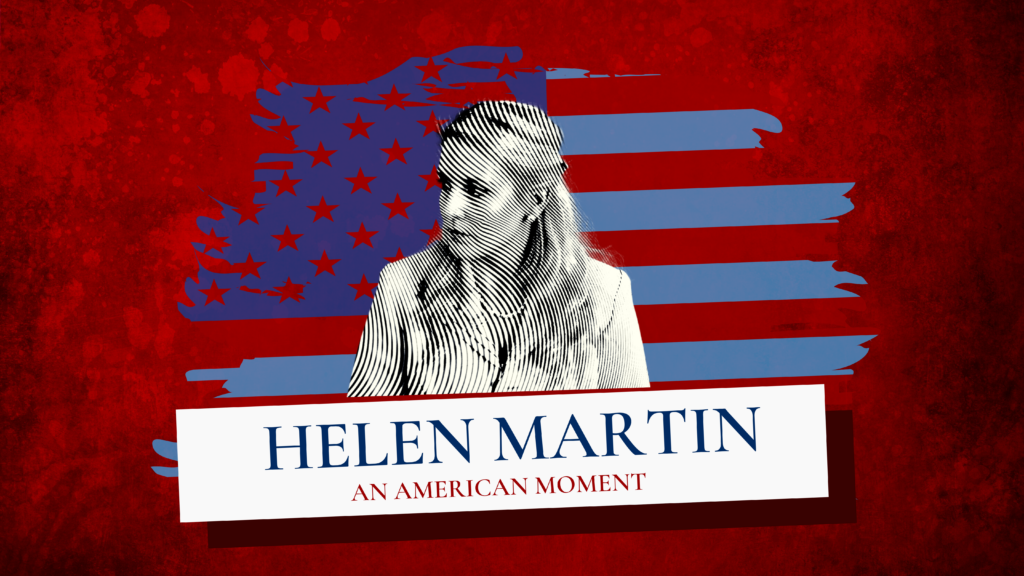 Helen Martin is the key to her husband’s reelection campaign: poised, witty, wise, steely, and steadfast; she’s the kind of political spouse who knows where the bodies are buried but has a smile and charm so brilliant no one’s going to bother digging. But as election season heats up, it’s becoming more and more clear that Helen and Lewis’ trip back to the Governor’s Mansion is far from assured. As Lewis’ numerous indiscretions and political ties put him in the crosshairs of a power-hungry, hardline challenger, Helen is forced to decide how much pain and betrayal she’ll paper over with that perfect smile. When tragedy strikes the heart of the campaign and all the political masks are ripped away, Helen must choose once and for all if her love for her husband and the life they have built outweighs her own integrity and personal ambitions.

Matthew Heap, born in 1981, is an internationally performed composer. Allan Kozinn of the New York Times called his music “engagingly noisy…[and] rhythmically sharp-edged.” He has had major performances by the Talea Ensemble, Alia Musica Pittsburgh, TEMPO, Duo Scordatura, and the SIGNAL ensemble. His teachers include Eric Moe, Nancy Galbraith, Leonardo Balada, Amy Williams, and Mathew Rosenblum. His latest composition, Helen Martin: An American Moment is a two-act opera for eight singers. His compositions range dramatically from completely atonal concert music to musical theatre.  He believes in using the techniques and materials that best express the idea that he is hoping to represent, whether they be microtones, multiphonics, 12-tone practices, or triadic harmony. He teaches composition and theory at West Virginia University.

Darren Canady hails from Topeka, KS. His work has been produced at the Alliance Theatre, American Conservatory Theatre, Aurora Theater, Congo Square Theater, Horizon Theatre, London’s the Old Vic Theatre, M Ensemble, Milwaukee Repertory Theater, Edinburgh Festival Fringe, American Blues Theater, and others. His awards include the Alliance Theater’s Kendeda Graduate Playwriting Award, Chicago’s Black Excellence Award, the Black Theatre Alliance Award, and the American Theatre Critics Association’s Osborn Award. His work has been developed at numerous festivals including the O’Neill Theater Center’s National Playwright’s
Conference. His play, You’re Invited, appeared in The Best American Short Plays 2010-2011. His work has been seen or developed at the Quo Vadimus Arts’ ID America Festival, the Fremont Centre Theatre, Premiere Stages, the BE Company, Penumbra Theatre, and American Blues Theater. Darren is an alum of Carnegie Mellon University, New York University’s Tisch School
of the Arts and the Juilliard School. He is a current member of the Core Writers Program at the Playwrights’s Center and Midwest Dramatists Center. He is an artistic associate with American Blues Theater and Congo Square Theatre. He currently teaches playwriting at the University of Kansas.

Baritone, David Clark completed a BM and MM in Vocal Performance at Appalachian State University, and received a Graduate Performance Diploma in Voice from The Boston Conservatory. As a resident artist with Opera Carolina, David has performed a number of roles in operatic works by Puccini, Verdi, Barber, and Beethoven.

David was twice selected as a participant in the American Singers’ Opera Project, performing the roles of Don Alfonso in Mozart’s Cosi fan tutte and Falstaff in Verdi’s Falstaff. Additional operatic roles performed include Germont in Verdi’s La Traviata, Marcello in Puccini’s La Boheme,  The Forester in Janacek’s The Cunning Little Vixen, and Junius in Britten’s The Rape of Lucretia.

A native to the South Hills, Meghan grew up creating and performing in the Pittsburgh area. She holds her Bachelor of Music from Penn State and her Master of Music from The University of Wisconsin-Madison.

Meghan has performed in small opera productions across the country and has served as a voice coach, teacher, and adjunct professor. Notable roles include Mad Margaret (Ruddigore), Tessa (The Gondoliers), Jo March (Little Women), Suzuki (Madama Butterfly), and Dorothy Brock (42nd Street). As the Artistic Director of Steel City Opera, it is now her mission to bring new opera and new perspectives to her hometown communities.

Thespina Christulides, mezzo, has broad involvement in the Pittsburgh arts scene as a professional performer and arts educator.  Upon relocating back to her Pittsburgh hometown, she joined the Conservatory of Performing Arts at Point Park University as adjunct voice faculty, the PPU Community Education Program as voice staff, and the Center for Theater Arts as musical theater and voice faculty.  Most recently, she has been seen as a St. John Passion soloist with Resonance Works, a soloist and professional core member of the Mendelssohn Choir of Pittsburgh, as Dame Carruthers (Yeoman of the Guard), The Princess of Monte Carlo (The Grand Duke), and Lady Angela (Patience) with then Pittsburgh Savoyards, and in concert with Voces Solis and Seraphic Singers. Before transitioning to the mezzo voice type, some of her favorite credits have been Musetta (La Bohème), Queen of the Night (Die Zauberflöte), Mrs. Peachum and Jenny Diver  (The Beggar’s Opera), Juliet (The Little Sweep), Emma Borden (Lizbeth), and premiering the role of Elena in (Snow).  She has studied under the tutelage of Alexandra Loutsion, Sari Gruber, Carol Vaness, and Jane Dutton.  Her coaches include James Lesniak, Mark Trawka, Gary Arvin, and Piotr Wisniewski.  Ms. Christulides holds a Master of Music in Vocal Performance from Indiana University’s Jacobs School of Music and a Bachelor of Music in Vocal Performance from Otterbein University.

Jenna Ziccardi, originally from Knoxville, Tennessee, currently hails from Pittsburgh, Pennsylvania. Jenna has had the pleasure of performing with various companies such as Knoxville Opera, Pittsburgh Festival Opera, Marble City Opera, Steel City Opera and Pittsburgh Savoyards. A few of Jenna’s most notable roles include Hildegard Hummingbird/Purple Twirling Kitty in the Mister Rogers’ Operas, Allison in the world premiere of Helen Martin, Rose Maybud in Ruddigore, Despina in Cosi fan tutte, Mabel in The Pirates of Penzance, First Cercatrice in Suor Angelica, Barbarina in Le nozze di Figaro and First Spirit in The Magic Flute. Jenna received her Master of Music degree in voice performance from West Virginia University and her Bachelor of Music degree in voice performance from the University of Tennessee.  She completed further studies at the CoOPERAtive program at Westminster Choir College and the American Institute of Musical Studies in Graz, Austria, where she received the audience favorite award in the 2016 Meistersinger Competition.

Russell Henry Holbert (he/him) is a tenor, composer, and poet who tells stories in and around opera. Recent roles include Richard Dauntless in Ruddigore with The Pittsburgh Savoyards and Blonde Ass-Tat in the world-premiere of Mel Rides the Bus Alone (D’Errico & Brown) at Pittsburgh Opera. Undergrad performances at CMU include Candide in Selections from Candide, Gil inThe Filthy Habit (Hilliard & Boresi), Dr. Falke in die fledermaus, and Masetto in Don Giovanni with La Musica Lirica. Upcoming performances include Joshua Brown’s song cycle Beautiful People for tenor, cello, and marimba, featuring texts by John Giorno and Russell. Based in Pittsburgh, he received his B.F.A in Vocal Performance at Carnegie Mellon University where he is currently pursuing his M.A. in Rhetoric.

A graduate of Duquesne University, Paul has enjoyed a robust performing career in the Pittsburgh area, collaborating with such groups as The Mendelssohn Choir and Pittsburgh Symphony Orchestra, the Pittsburgh Savoyards, and Resonance Works. He also serves as Music Director and Conductor for the drama departments at Chartiers Valley High School and Penn State New Kensington. Thanks to quarantine, Paul has been able to rekindle his love affair with the piano, laboring through Hanon’s Virtuoso Pianist in [JUST] 60 Exercises, and even some of his own compositions. Always thankful for a new adventure (especially now!) Paul is incredibly grateful to be along for the maiden voyage of Steel City Opera!

Gavin Waid (Clayton/Chorus) is excited to be joining Steel City Opera in the premiere performance of Helen Martin: An American Moment. Based in Orlando, Gavin received his masters of music from the University of Wisconsin-Madison. Favorite past roles include: Baker (Into the Woods), Tobias Ragg (Sweeney Todd), and Count Almaviva (Le Nozze di Figaro). Gavin is honored to be able to perform with SCO and would like to thank – as always – his family and friends, near and far, for their constant love and unwavering support. He would also like to extend special thanks to Meghan, for the invitation to participate. 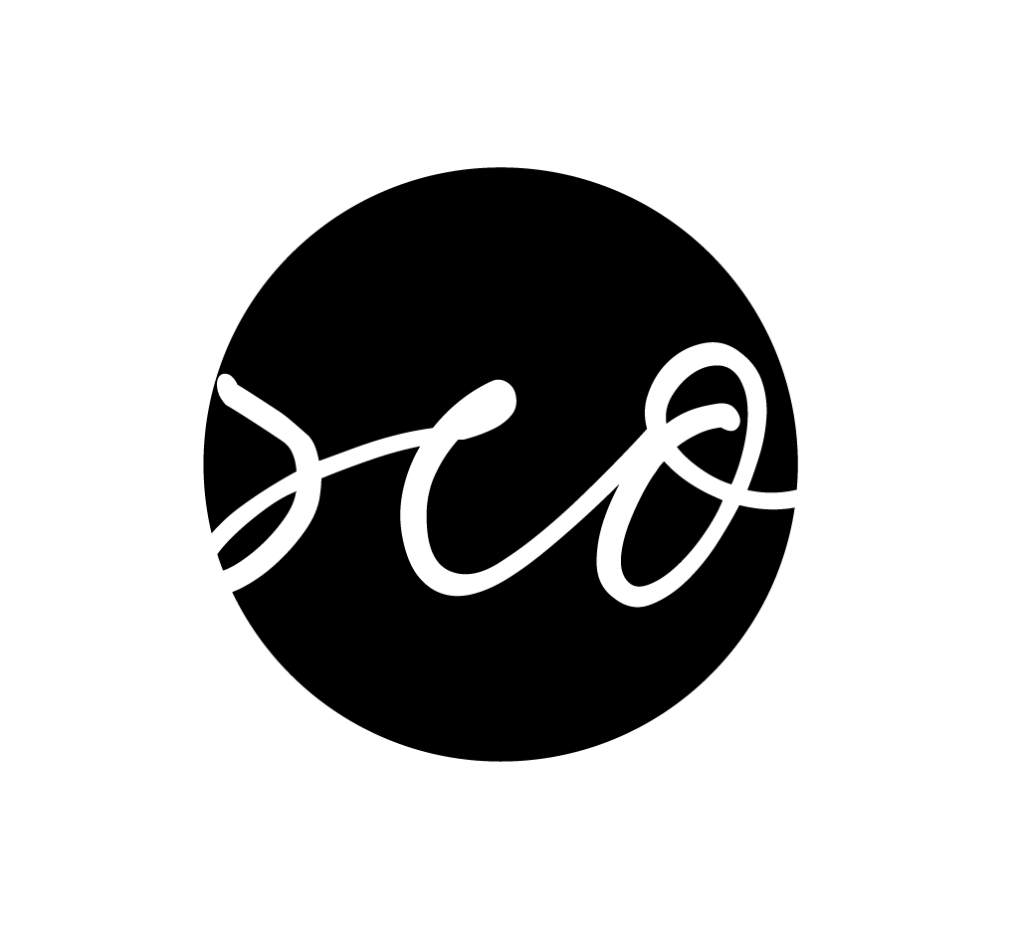